The 2016 outdoor motocross season is less than a week away. Can Ryan Dungey continue his winning ways? Has Ken Roczen found the magic to take the championship he last held in 2014? What about Eli Tomac, Jason Anderson, Justin Barcia and a host of other racers ready to challenge for the championship. And that’s not even looking at the 250 series. Everyone is back to zero when the gate drops Saturday afternoon in Hangtown.

The series runs for 12 rounds between now and the end of August. 2016 marks the return of Southwick to the schedule. The “Wick” offers the racers a completely different type of track than the rest of the series and it’s date in July should make it nice an warm further testing man and machine.

The series opens in Hangtown. More specifically in Rancho Cordova, CA, a city in Northern California’s Sacramento County. 2016 marks the 48th anniversary of the event making it the oldest stop on the AMA national circuit.

For more information on Hangtown, check out MX Sports online for all of the details.

Who will win this year? Here are my top 3 for each class and who I think will see it all to the end of the series this August in Indiana.

Ryan Dungey – I think Dungey will take his momentum from Las Vegas right into the outdoors with an overall victory. I don’t feel like it will be a 1-1 sweep perhaps a 2-1 for the overall.

Ken Roczen – 1-2 moto scores for second overall. Rozen’s been flying the last couple of the weeks of the supercross series and if not for a small mistake in Las Vegas I think he would have won. I think Dungey and Roczen will do battle all season long swapping wins and overall’s throughout the series.

Eli Tomac – Tomac will take his recent momentum along with the memory of his 2015 outdoor speed into a solid opening weekend finish setting up 2016 to be a very exciting year in outdoor motocross. 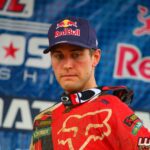 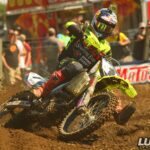 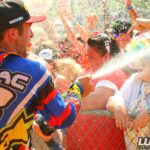 Jeremy Martin- 1-1 for the overall. I think Martin will be a dominant racer in the 250 class this season. It will be his final season in the class and I feel he could be the man to beat.

Aaron Plessinger-3-2 for second overall. Plessinger showed speed in supercross in 2016 and outdoors in 2015 so I think he could be the next guy on the box at Hangtown.

Zach Osborne- 2-3 for third overall. I think Osborne will be a solid top 3 racer each week, ready to pounce if the opportunity is right. Keep an eye on the #16 Husqvarna this season. 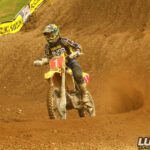 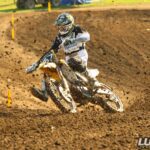 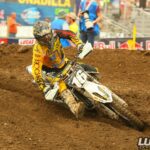 So who do I think will win each championship? What about my top 3? Here they are.

I’m planning on wrapping up each week following each event and adding a preview of the next week. Let me know what you think and check back in August to see how I did.

Nothing fancy, just my Mr Coffee and some good bea