The Progressive International Motorcycle Show returned to the Javits Center in NYC the weekend of November 30 – December 2, 2018. With more than 35 years of experience, the IMS Tour provides attendees with an all-access pass to the world of motorcycling, connecting hundreds of thousands of motorsports enthusiasts with top manufacturers and premier aftermarket brands. 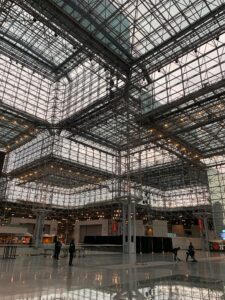 This year’s show featured displays from more than 13 OEMs as well as many accessory and merchandise displays from the aftermarket companies on hand.

Many will say the show isn’t what it used to be and that is true. During the heyday of motorcycling, the show was enormous, but with the motorcycling industry shrinking the show has done the same. But I feel that it is now going in a positive direction. The OEMs, along with the entire powersports industry, have got behind a critical initiative to introduce new riders to motorcycling and get those that have previously left back into the sport. Each brand has introduced exciting new bike to stimulate that growth and initiatives like Discover the Ride aim to get new riders over that first step hurdle.

On Friday morning, prior to the show opening, I had the opportunity to take part in the Media Day the show’s organizers put together for local media. Due to the New York location, there were more than just local motorcycle magazines, websites, and podcasts on hand. I spotted name tags from several newspapers and lifestyle magazines that came to check out what’s new in motorcycling.

Before I get into the cool new stuff from the media day, I’ll leave off with an idea. In my opinion, everyone that sells motorcycles, works at a dealer in parts or service, or otherwise is involved in the industry needs to attend the show. Where else can you speak to marketing and brand specialists from all of the OEMs in one place? Take the opportunity to understand what the other brands offer and how the products you sell stack up. Perhaps the show organizers can put together a program for industry employees with show discounts or special times? Just a thought but something that I feel is critical for show and industry growth.

Now onto to cool stuff from each brand. 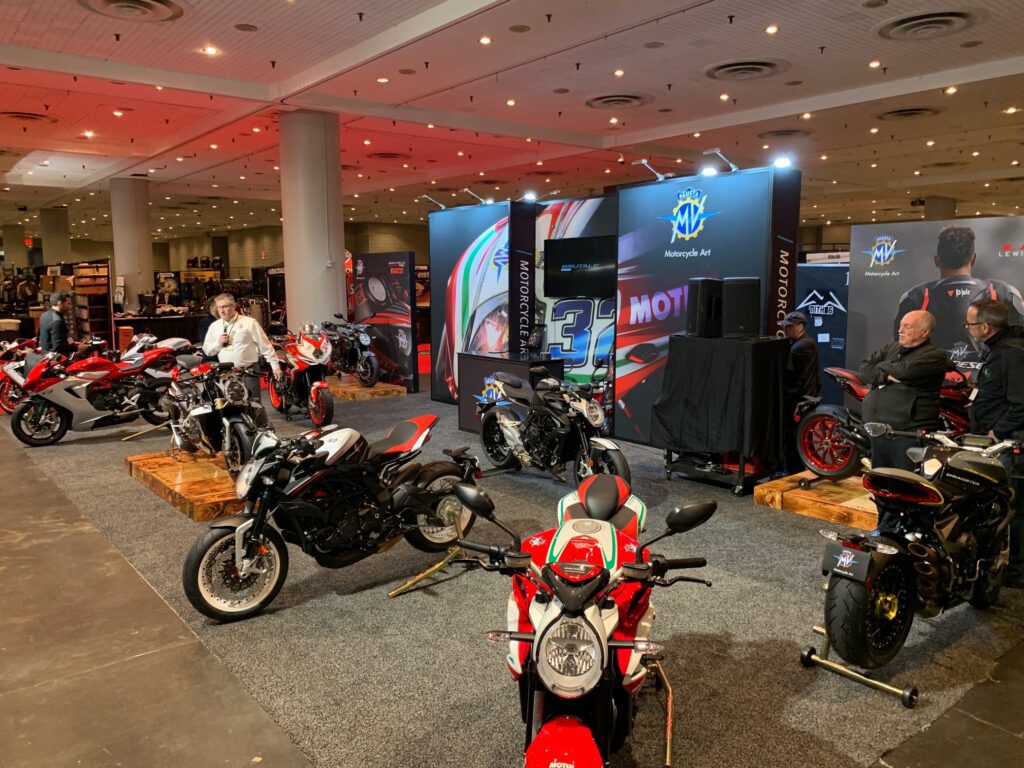 MV Agusta USA – MV Agusta showcased an all-new Brutale 1000 Serie Oro. The ultimate hyper-naked motorcycle. With 212 hp and a top speed of 312km/h (193 mph), it is the most powerful and fastest naked production bike ever made. It is limited to 300 production units worldwide. Learn more at MV Agusta USA. 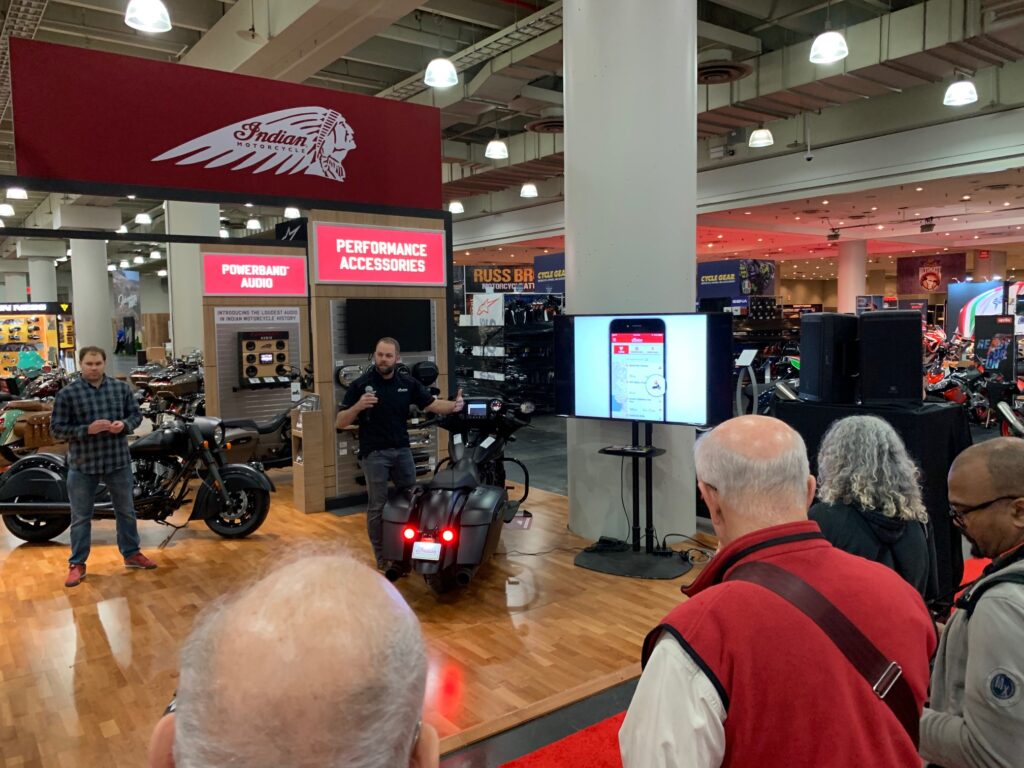 Indian Motorcycles – Indian Motorcycles announced new features to its popular Ride Command Infotainment system. Learn more about the updates HERE. They also used the show to show off the all-new FTR1000 as well as the redesigned Chieftain line. 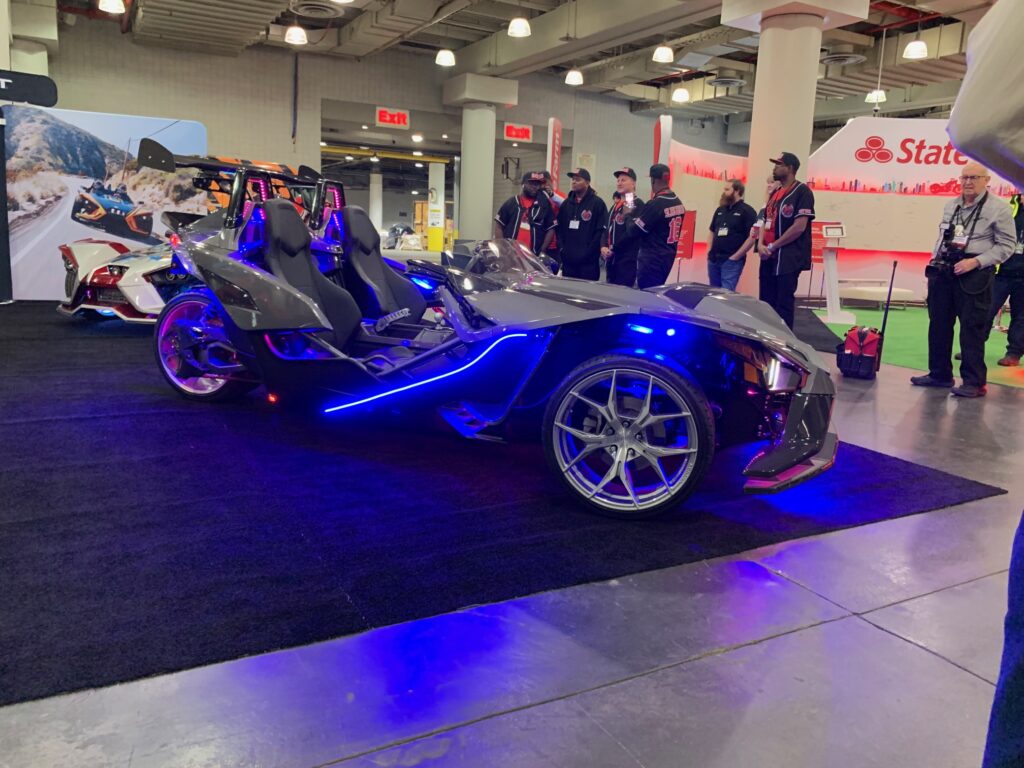 Polaris Slingshot – Polaris used the NYC show to showcase the customization opportunities that the Slingshot platform offers to its users. In addition to a stock Slingshot, local Long Island, NY club “Sling Squad” showcased three of their personal machines for the assembled press. 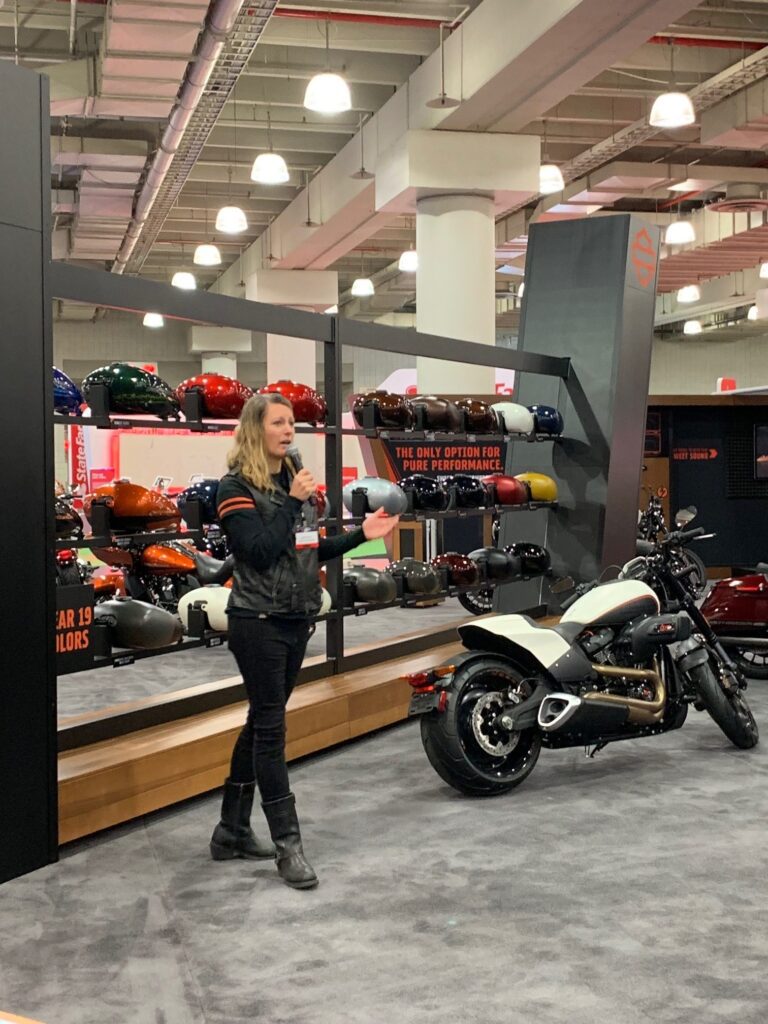 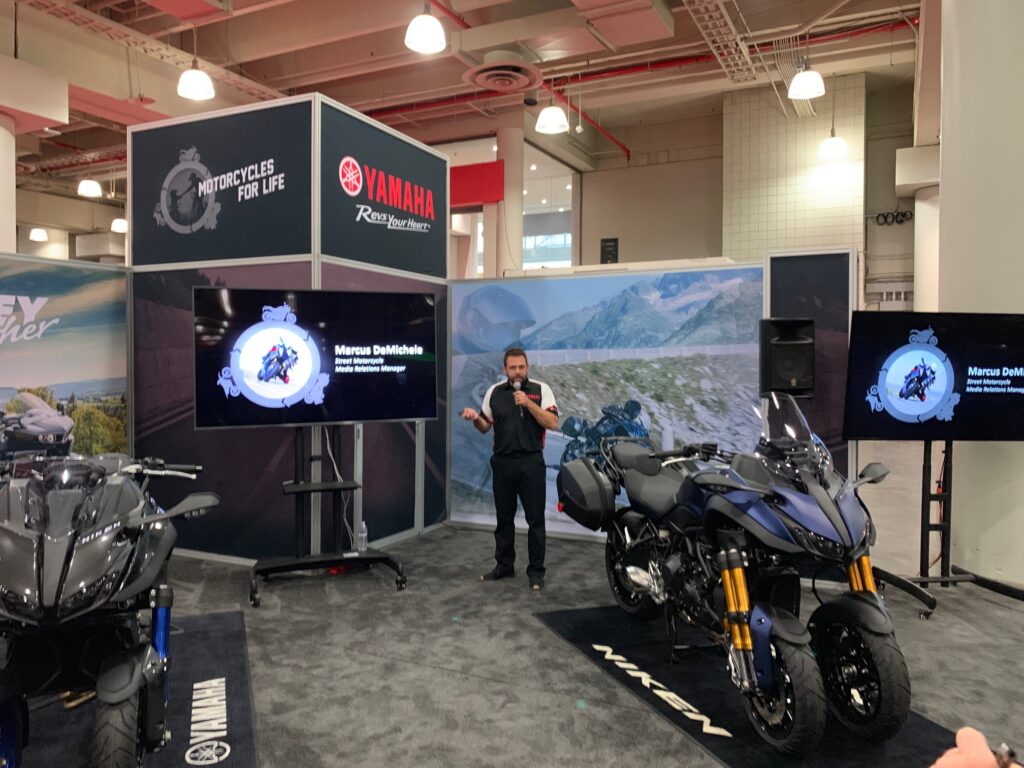 Yamaha – Yamaha showed the assembled press the revolutionary and unconventional NIKEN GT Leaning Multi-Wheel Sport Tourer. This machine is unlike anything you’ve ever seen in the sport of motorcycling. Check it out HERE. 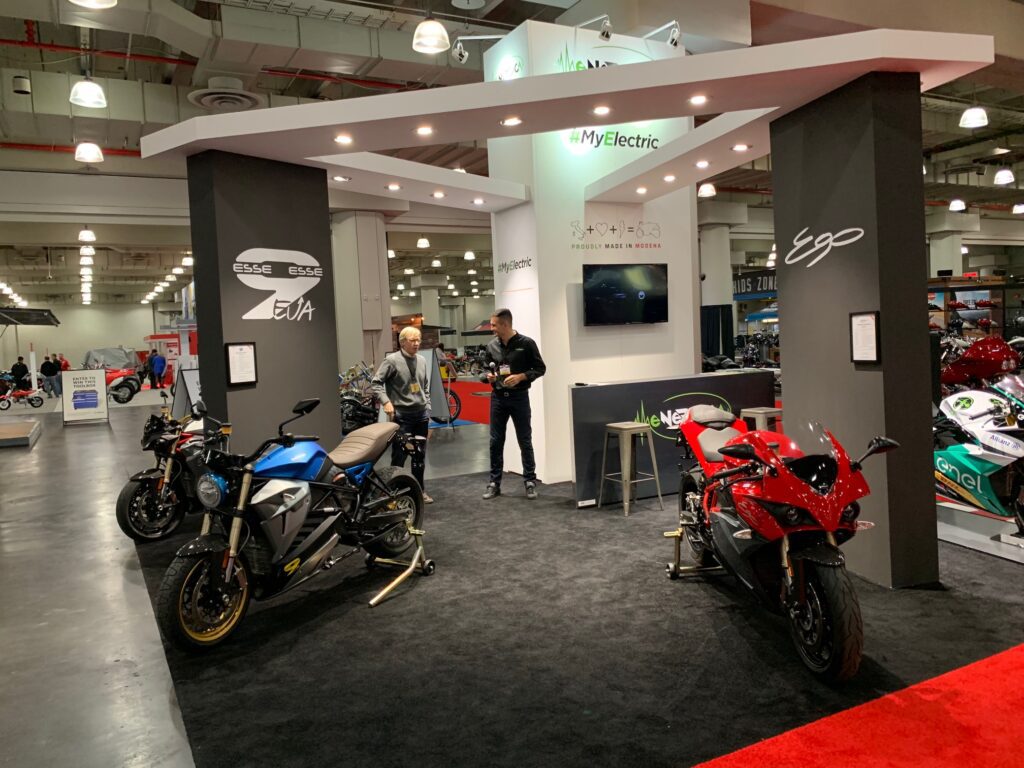 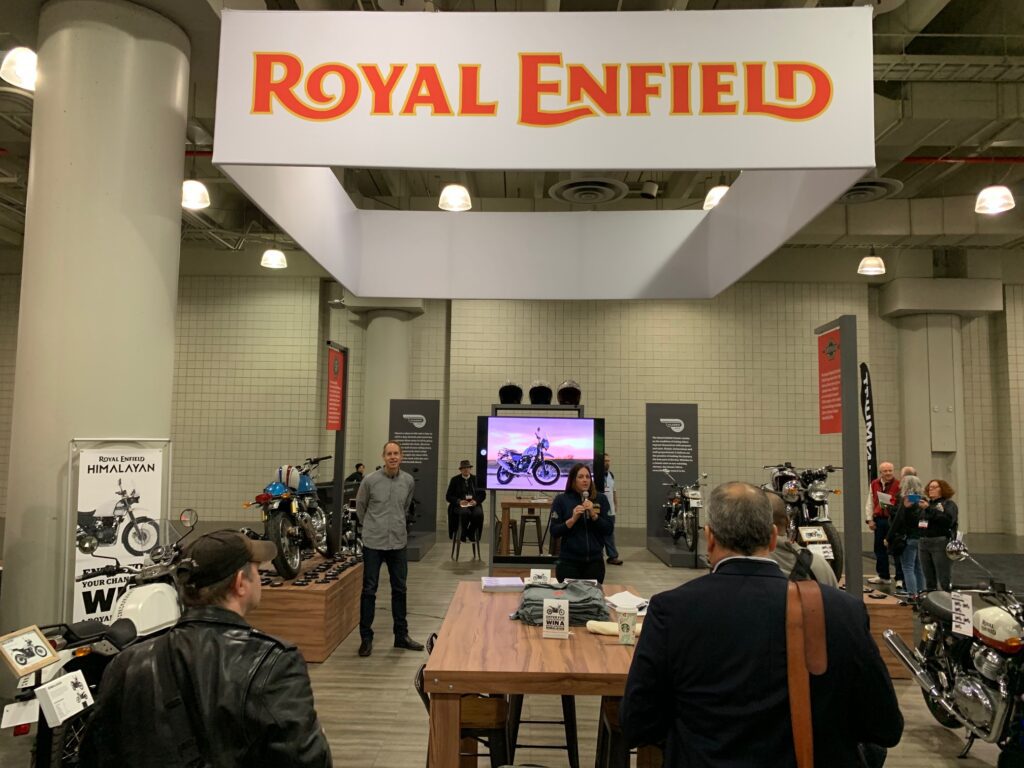 Royal Enfield – From the oldest continuing motorcycle manufacturer in the industry. Royal Enfield showcased their Twin 650s. The INT 650 and Continental 650. The focus of the brand is on middleweight machines that are simple to own and operate appealing to new and returning riders that want to experience the thrill of motorcycling. Learn more HERE. 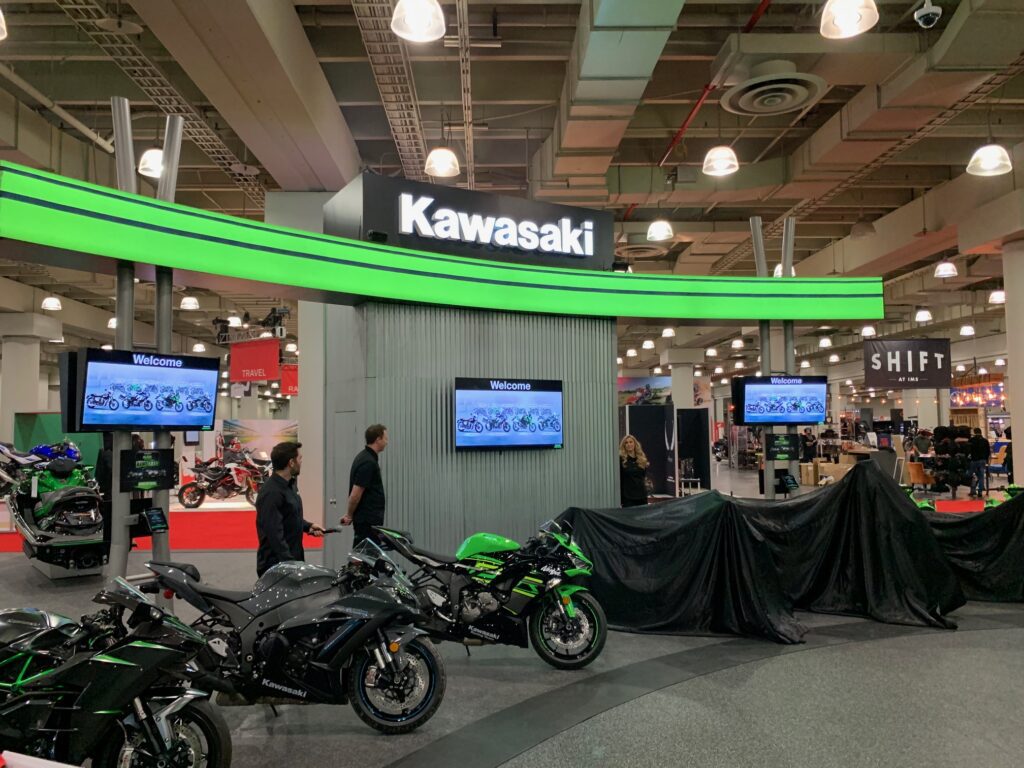 Kawasaki – Hot off the heels of their new product introductions at the AIMExpo in Las Vegas, Kawasaki showed the assembled press the exciting Z series of motorcycles, the performance-focused H2 machines, the retro-styled W800 and the Ninja series of machines. Included with the Ninja series was the announcement of an unprecedented racing contingency for the Ninja line. Learn more about Kawasaki HERE. 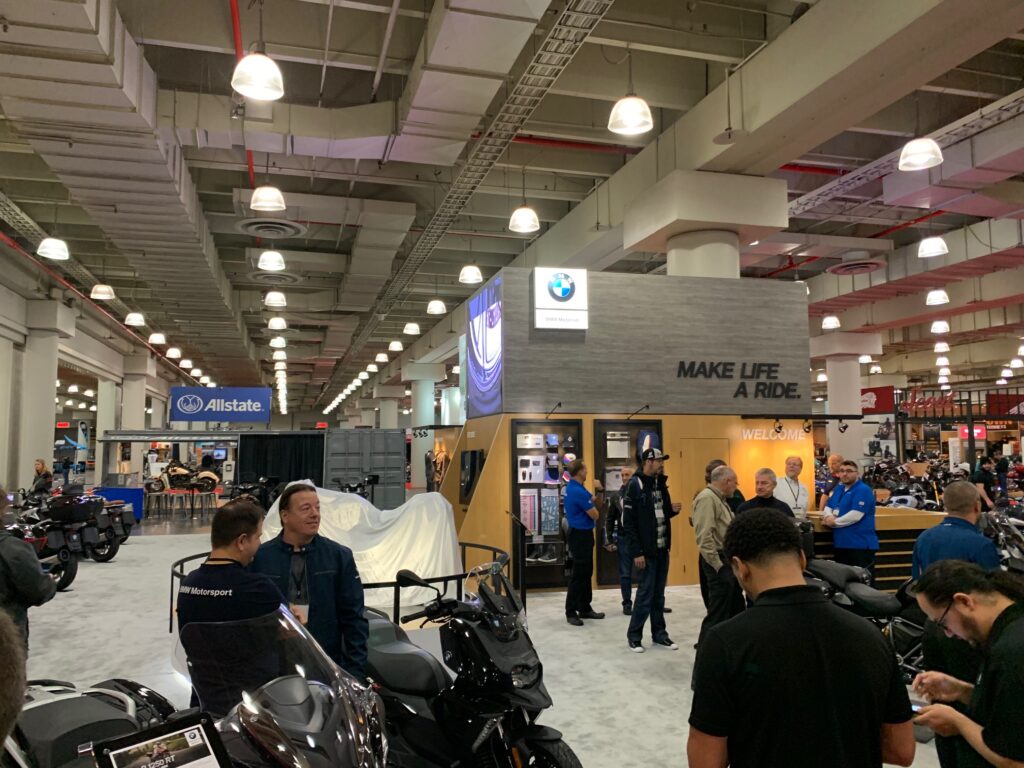 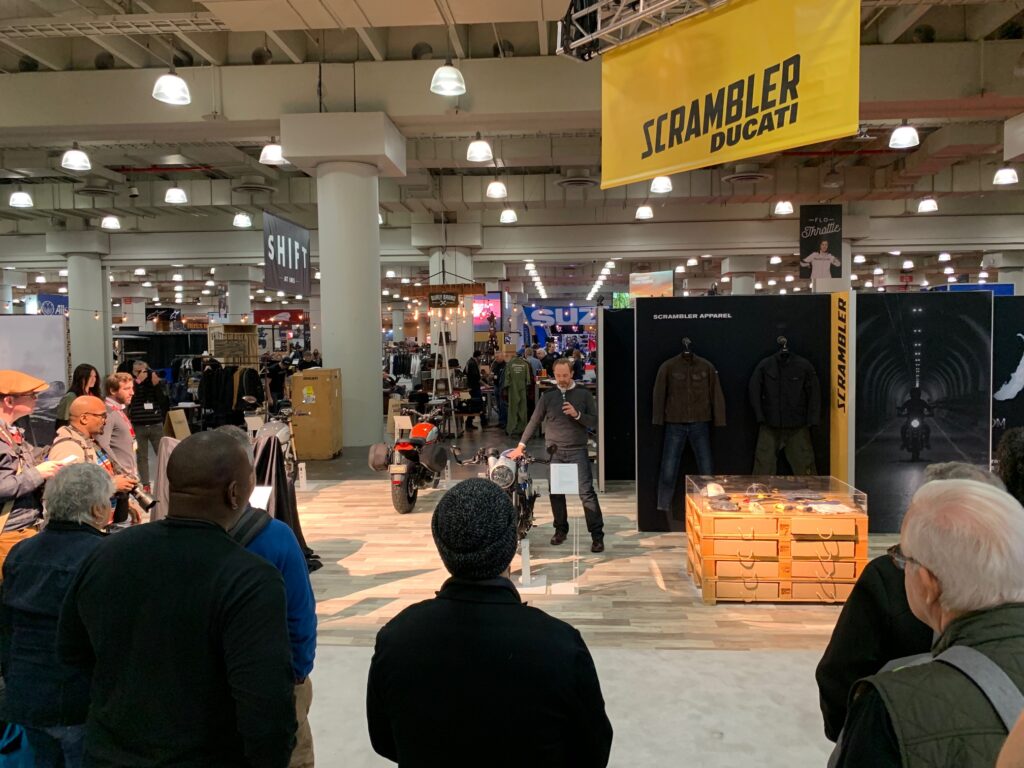 Ducati – Ducati gave the press an overview of the entire 2019 product line including the Scrambler series, the Diavel and XDiavel, the Hypermotard and a world superbike machine for the street, the Panigale V4 R. Learn more at Ducati.com. 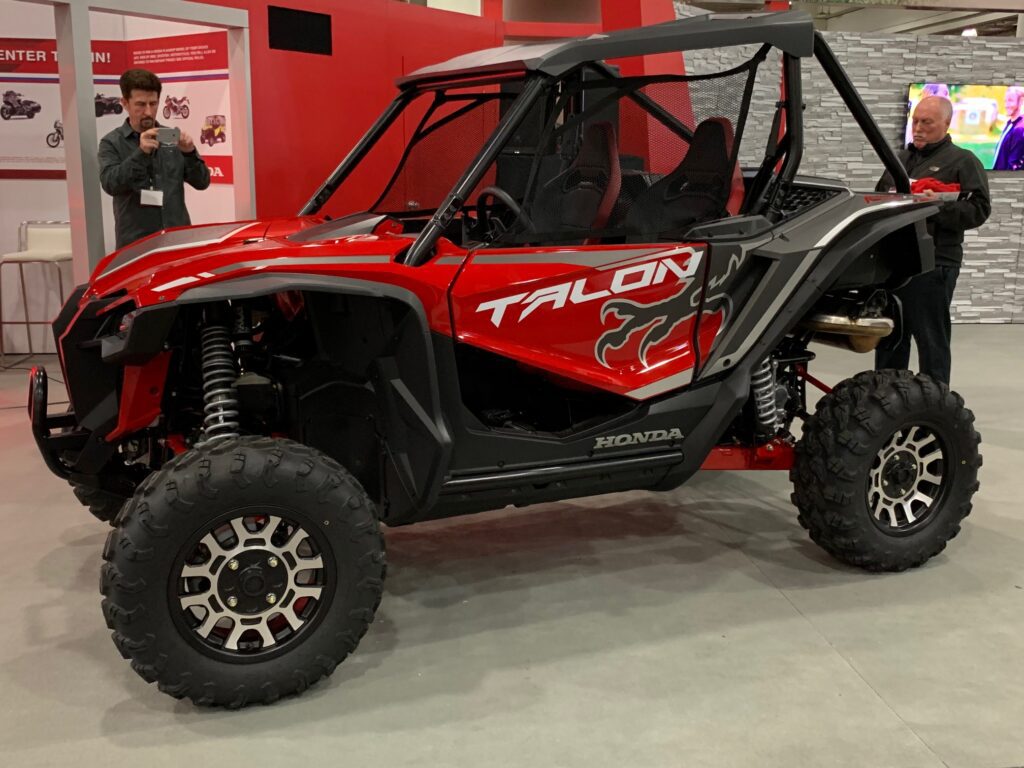 American Honda – Honda highlighted their 2019 models including a pair of performance SXS machines, the Talon 1000R and the Talon 1000X. They showed the complete CRF performance line as well as a pair of miniMOTO machines the retro styles Monkey and Super Cub. Learn more at Honda.com

Triumph Motorcycles – Triumph presented the Scrambler 1200 XC and XE, a pair of benchmark setting motorcycles that represent a first for dual-sport capability and modern custom style. Learn more at TriumphMotorcycles.com 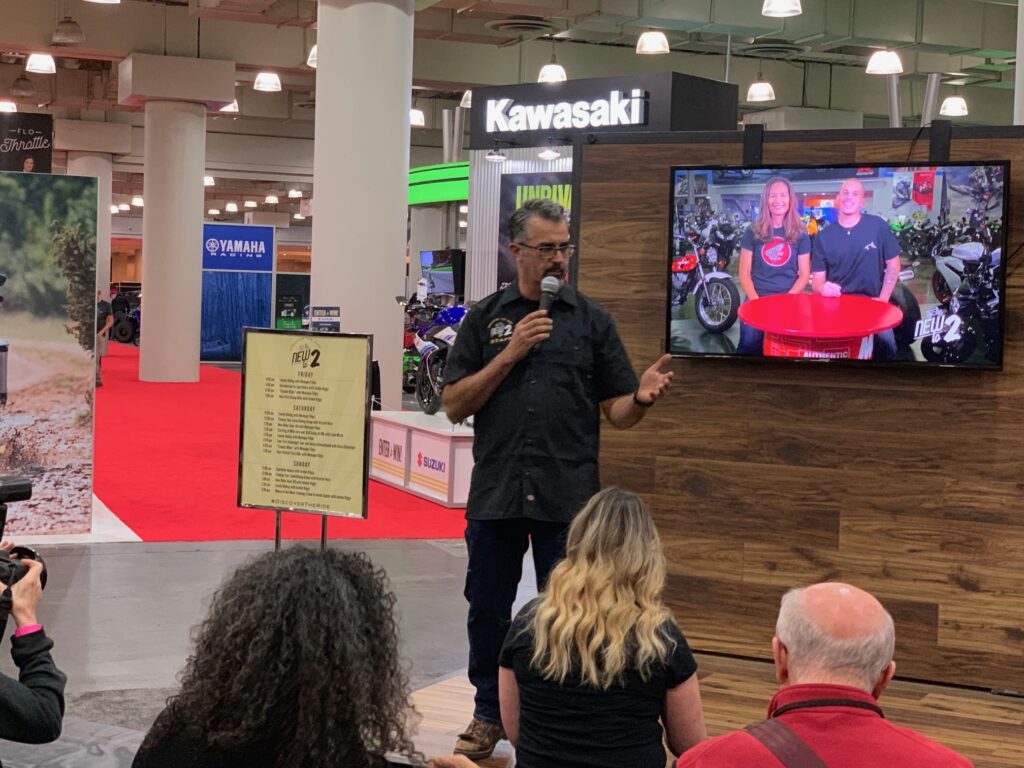 Wrapping up the media tour was the Discover the Ride presentation. This initiative by the IMS show brings the conversation back to where we started, bring in new riders to the sport of motorcycling. With the help of Zero Motorcycles, Stacyc, Yamaha and Total Contol Training, new riders can get over the barrier to entry and learn what it is like to become a motorcyclist.

All photos by Scott Lukaitis and shot on an Iphone XS.