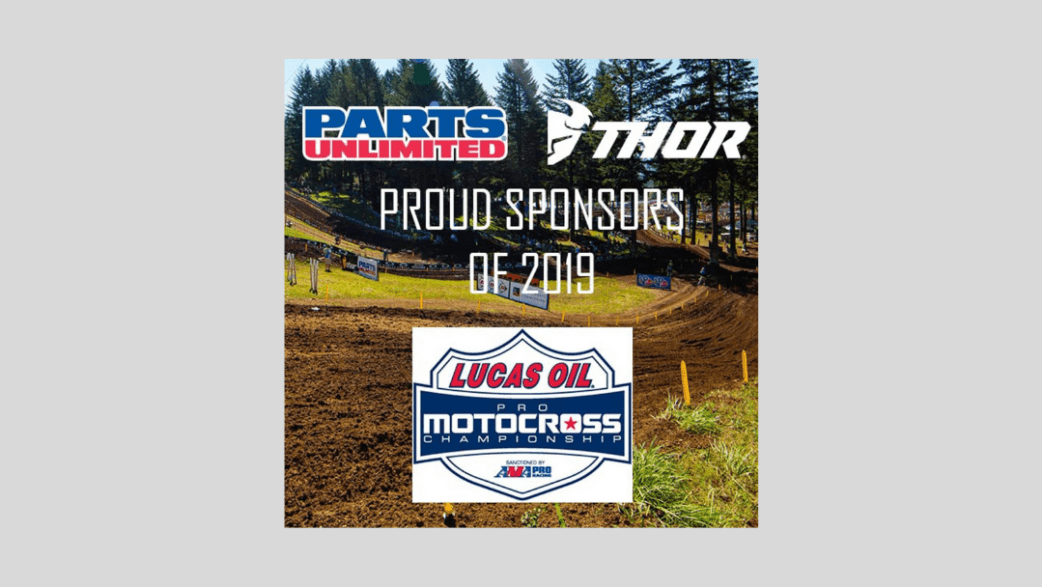 Series sponsorship is an important marketing tool for these distributing giants. Even though they do not sell consumer direct, being able to send event attendees to visit local dealers and pick up their catalog. It is also important to dealers to realize that these distributors support them with hospitality and event tickets, small gestures that go a long way when the guys at the parts counter go to open a catalog.

The interesting take away from these sponsorships is which will pay greater dividends? The WPS sponsored supercross series or the Parts Unlimited sponsored outdoor nationals? Only time will tell.

What do you think is the better series to sponsor?

The complete press release is below.

For more than 50 years, Parts Unlimited has had a philosophy of “We Support the Sport” that sees the company involved in and promoting the fun of powersports competition at the local, regional and national levels. Returning to the Pro Motocross Series maintains that commitment of support.

“We are very excited to once again sponsor the Lucas Oil Motocross Series. The series attracts thousands of the most dedicated motocross fans to each event. Therefore, we are very proud as we continue to support the sport” said Hylton Beattie, global motorsports director for Parts Unlimited.

Along with Parts Unlimited being the official parts distributor, Thor has signed on as an official apparel partner of the series as well.

Round 1 of the 12 race season kicks off on May 18, with the Hangtown Motocross Classic in Sacramento, CA.