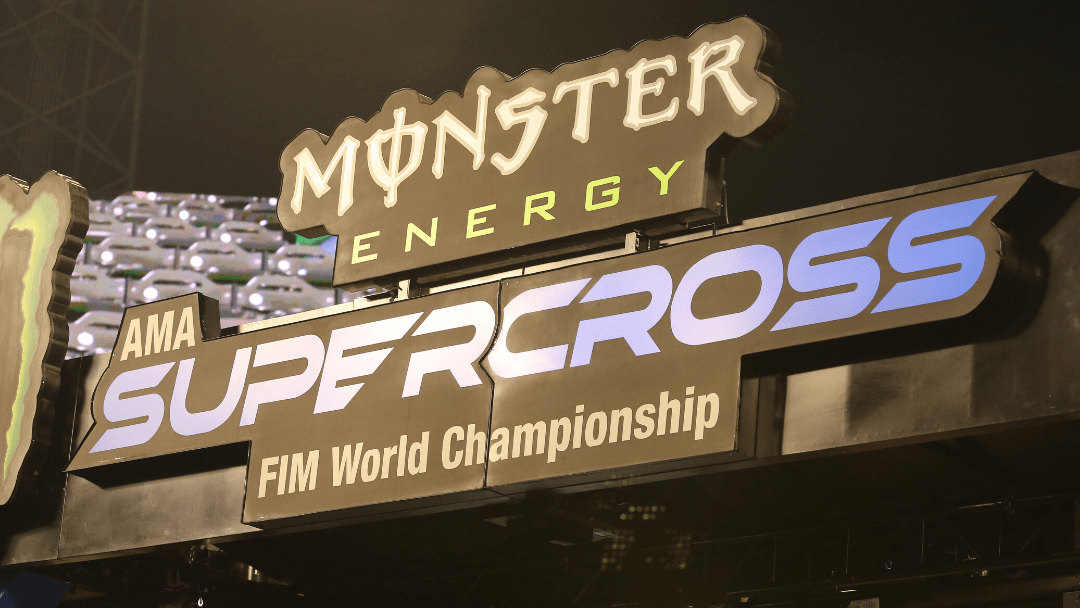 Last week I had the opportunity to attend the opening round of the 2020 Monster Energy Supercross Series in Anaheim, CA. My roles at the races are quite extensive.

Working for Engine Ice, I check in on the race teams we support and get on board with new teams, I speak with media members to make sure they are aware of our products and create content for our social media stream.

Working for the Legends and Heroes Tour, I work with the tour sponsors to provide the content they need to promote the relationship, create content before and after the event around the legend we honor at each event and shoot images to use in our social stream during the year.

Working for NJ Motocross, I create content around NJ and other local racers to share on the site and build the archives so that NJ Motocross becomes the one-stop-shop for all NJ related items.

Here is a link to some of the images I shot of the press conference on Friday as well as some action in the pits on Saturday. 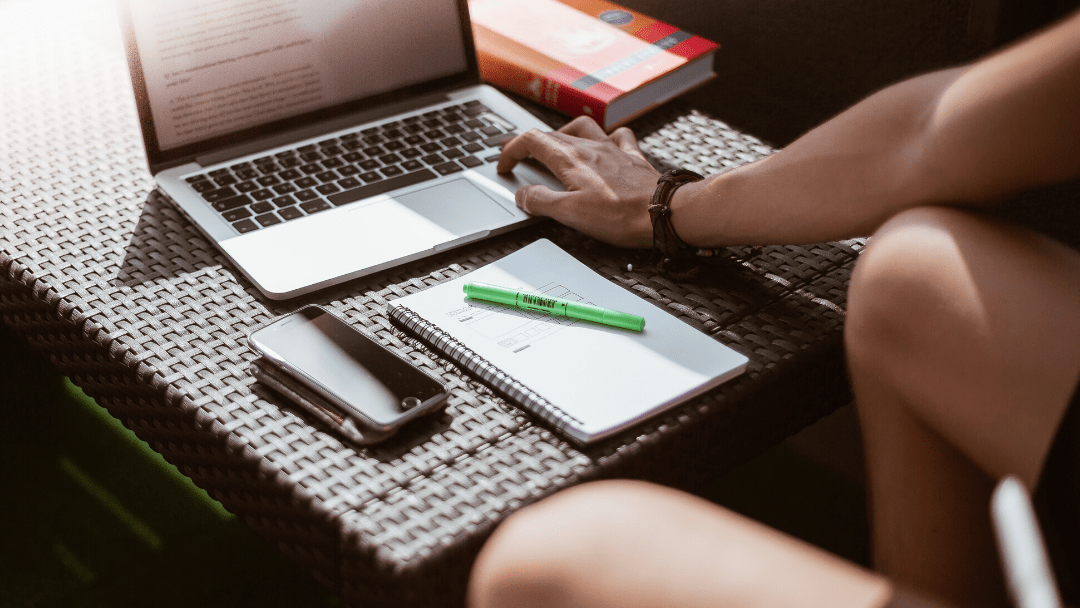 What Does an Agent Do?

The Business of Racing is extremely complicated and full of amazing people with amazing jobs.

Jason Weigandt of RacerX sat down with Lucas Mirtl of WMG to discuss his role as an agent in the professional racing industry.

They discuss the beginnings of Mirtl’s career and how he moved up to become one of the most well-liked and respected agents in the business.

It’s interesting to hear Mirtl’s candid take on the state of the sport and what he is doing with his clients to build their value and help raise the sport as a whole.

The 2 part series is available on the RacerX Exhaust Podcast or by clicking the content below.

The Racer X Exhaust podcast is presented by Yoshimura.

Last week, the Lucas Oil National was featured on business website Forbes.com. The article, written by contributor Maury Brown goes into a little about the history of the sport and explains the fan base and television package for the business community.

This type of press is important as the sport tries to grow. By creating awareness in a mainstream business publication, motocross and supercross are potentially put in front of marketing decision-makers and the budgets they control.

Motocross and Supercross racing still represents one of the least expensive forms of motorsports for a company to get involved with and hopefully the Forbes article will help get our foot in the door.

Earlier this month, Feld Entertainment announced the Monster Energy Supercross Schedule for 2020. With 17 rounds in 18 weeks, the series crosses the country with stops in 13 states along the way. Both California and Florida will host multiple rounds (California, 4 – Florida, 2). Other states included in the 2020 schedule include Missouri, Arizona, Texas, Georgie, Indiana, Michigan, Washington, Colorado, Massachusetts, Nevada, and Utah.

The 2020 schedule is interesting for several reasons. Sure the series will enjoy its traditional start in Anaheim, CA for round one, but rather than staying out west as they’ve done for several years, for 2020 the tour will head east to St Louis and then back out west for the additional California and Arizona rounds. The New Jersey round has been replaced by Massachusetts, Houston is off the schedule and the final round is no longer in Las Vegas, but instead in Salt Lake City, Utah.

By now I’m sure you’re scratching your head wondering what the heck are they thinking. And yes, from the outside it seems like they’re crazy. But there is a method to the madness.

You need to realize that supercross is a business and you can’t just take over a stadium for a week whenever you want. You need to keep in mind what else might be going on in these venues. Concerts, football game, and even conventions can affect the availability of the venue and the associated resources needed to put one of these events together. The logistics of moving tons of dirt in and out of a stadium takes time and the scheduling around that is a massive game of chess.

So the finale will not be in Las Vegas and I’m sure the after parties in Salt Lake City will be a bit tamer than Vegas, but, when a city wants you there and is willing to step up promoting not only their event but the sport of supercross as a whole.

The 2020 schedule also includes a 10 round Supercross Futures program. After 2 successful seasons of running these events, Feld has upped the ante to 10 rounds for the upcoming season. Missouri, California, Arizona, Florida, Texas, Colorado, Massachusetts, Nevada, and Utah will all host these amateur events on Sunday following the supercross. The futures events act as a proving ground for all levels of racers, giving them the opportunity to compete inside the stadium that their heroes competed on the night before. The tracks are toned down from Saturday night’s main event but the racing is no less enjoyable.

So when you look at a schedule and wonder why. realize the business of racing behind it and give the organizers the benefit of the doubt that they are giving you the best event and series that they can.

See you at the races.

Well, it looks like Endurocross is back. As I reported a couple of weeks ago the original founder of EnduroCross and a well-known promoter got together to save the series. Three rounds in 2019 with an eye on a full series for 2020. The AMA is still involved and recognizes the series and from what I know, many of the original sponsors are back on-board with the new owners.

I am extremely optimistic about this series and plan to attend a couple of the rounds later this year.

If you are in the area of these events, you need to make the time to check them out in person. The skills that these racers show throughout an event are mind-blowing.

Below is their most recent news release announcing that the new promoters have the original EnduroCross name back. Looks like good things are ahead for the series.

Tulsa, Okla., July 11, 2019 – Tod Hammock and Eric Peronnard have acquired the EnduroCross name, trademarks, website and social media channels from Bonnier Corporation. The duo recently confirmed a three-round AMA sanctioned indoor extreme off-road racing series for 2019 and now will be able to build on the recognized name that Peronnard created in 2004.

“We are happy to keep the EnduroCross name and series alive and aim to make it better than ever over the coming years,” said Eric Peronnard, the creator of EnduroCross.

“The EnduroCross name is well-known, and the social media channels have a strong following, so we are thrilled to be able to build on this,” said Tod Hammock, the promoter of the Kicker Arenacross series.

The three round 2019 series will kick off on August 24th in Prescott Valley, Arizona. The top teams and riders have all confirmed that they will be participating and several sponsors have confirmed their support to help to keep EnduroCross progressing. The pro class will feature a three-moto format, and there will be classes for Women, Expert, Amateur/Intermediate, Vet 35+, and a local club class for each round.

You can keep up with the latest updates via the following channels:
www.endurocross.com
www.facebook.com/EnduroCrossSeries
www.instagram.com/enduro_cross

Now is the time to make your plans to compete or come see one of the 2019 EnduroCross events in person.

Tickets for round one in Prescott Valley, Arizona are available here: http://www.findlaytoyotacenter.com/events/endurox-extreme-offroad-racing

Hot off the news last week that the 2019 Endurocross series was canceled comes the news that the series might have a resurgence.

It was just announced that the original Endurocross founder Eric Peronnard and Tod Hammock of the Kicker Arenacross Series have joined forces to save the series. Now named Enduro-X the series will have a limited amount of dates in 2019 with sights firmly set on a full series in 2020. Here is the press release announcing the new venture.

Tulsa, Okla., May 27, 2019 – In an effort to ensure the future of indoor off-road motorcycle racing, Tod Hammock, the Kicker Arenacross event promoter, and Eric Peronnard, the creator of EnduroCross, look to study all possibilities to keep INDOOR extreme off-road racing alive.

Hammock has been promoting Arenacross races across the United States since 1995, totaling over 300 successful events. His most recent achievements include launching a national television partnership with Fox Sports for the 2019 National Arenacross Series. His relationship with top indoor venues across the country, expansive knowledge of the sport of off-road racing (he is an avid rider as well) and proven success of the promotion of these events makes him the ideal candidate to continue building on previous successes that INDOOR extreme off-road racing requires.

In 2004, Eric Peronnard brought the first ever EnduroCross to life. His resume is full of experience working in the Motocross, Supercross and the X Games worldwide. His knowledge and passion for off-road racing/riding is unparalleled.

Hammock and Peronnard are the ideal team to successfully keep INDOOR extreme off-road racing alive in the short term and grow it in the long term. Their experience and proven track record will provide a seamless transition and prove to be an invaluable partner for the American Motorcyclist Association (AMA). Key people such as Shane Schaeffer (renowned track builder), Mike Hathaway (longtime EnduroCross Race Director) and Sean Finley (media relations and marketing) will be part of the new team.

Preparations for a three-race series for 2019 are already in the works with plans for a full series in 2020 and expansion of the number of races in future.

Proposed races and dates for 2019 are as follows:  (these buildings are already optioned)

Hammock and Peronnard are extremely confident in this venture and look forward to speaking further with the AMA about the future of INDOOR extreme off-road racing and working together to ensure its continuation and growth. Further details will be released by the end of June 2019.

I am extremely optimistic at this announcement. I’ve been fortunate enough to see several Endurocross events over the years and with Eric at the helm I foresee only good things.

« Older Entries
This error message is only visible to WordPress admins