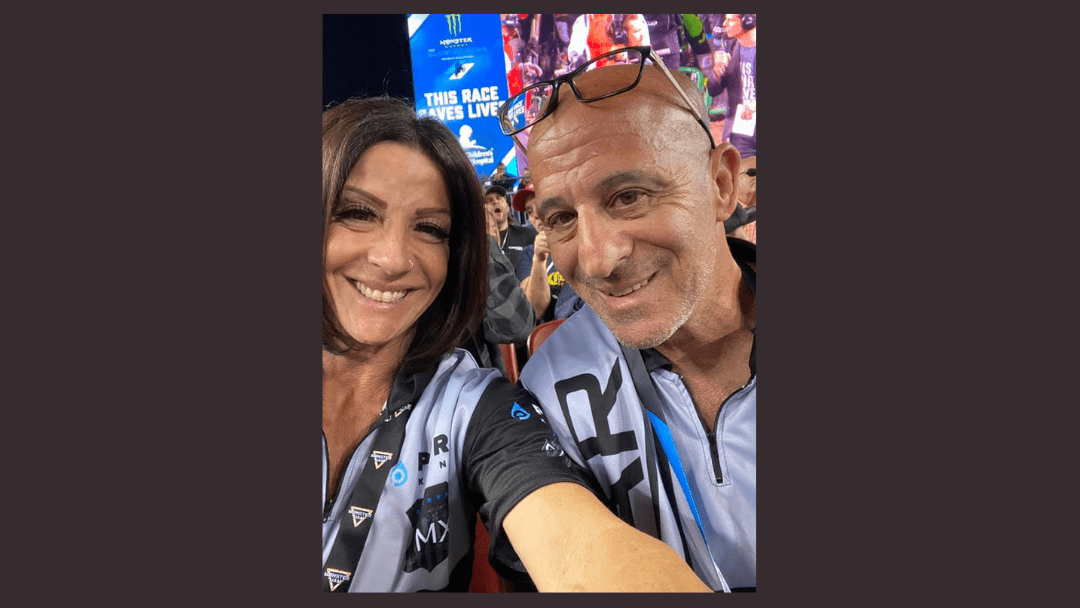 Friends stuff Friday – Volume 4 – This week’s Friends Stuff Friday is a moto friend that I’ve known forever. I seem to recall meeting John Sigismondi when I was working at Woodbridge Powersports in the late 80s. John rode for the shop, and after a couple of years into his support ride, he came to me and asked if the owner would be interested in supporting a racing team. The “team” would all have the same gear and sponsors, just like they do professionally, and our local racers would race the local tracks, all presenting a professional image to drive business to the shop. My memory escapes me now, but I remember Jim Kapitan, Mike Peat, Jimmy McIlvaine, and John being involved with the team the first year. I think it was 1995, and I recall John lining up sponsorship for the team from companies like Thor, FMF, and Pirelli. Maybe John can find some old photos of the team.

Anyway, from there, John kept on hustling, eventually winding up at what is now Feld Entertainment taking care of freestyle events across the country. He moved to Florida, where he and his wife Kim raised their children and built themselves a great life.

Now for the cool thing that John is up to at the moment. He and his son Jack are at the helm of the new and improved Tampa MX track. They purchased the track from the previous owners, and with the help of another Jersey guy, Bobby Jimenez, they’ve rebuilt the entire track and are doing great things for the local motocross scene.

If I know one thing about John, when he puts his mind to something, watch out, great things will follow.

If you are in the Tampa, FL area, check it out and tell him I said hi.