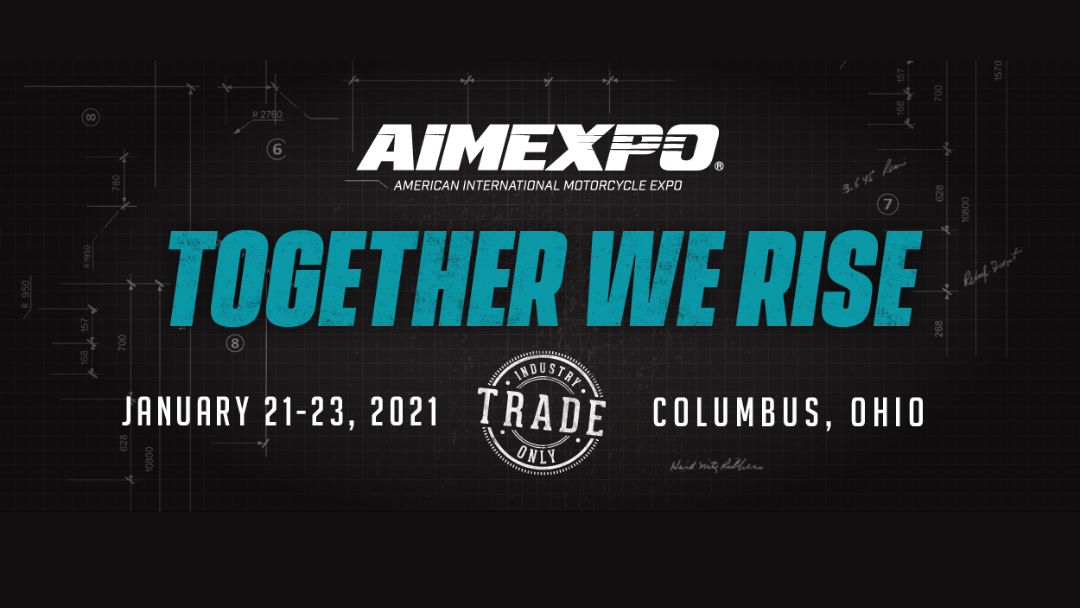 Last week the AIMExpo announced that powersports industry distributor Tucker Powersports will no longer be hosting their trade show. Instead, they have chosen to be a part of the newly rescheduled AIMExpo.

Eliminating the Tucker show and taking part in the AIMExpo is a positive move for both Tucker and the AIMExpo. In light of the recent pandemic limiting travel and large gathering and the fact that many powersports dealers have experienced shutdowns of some sort due to government restrictions, having multiple shows at the beginning of 2021 was a potential challenge. It remains to be seen if Parts Unlimited decides not to have their popular Louisville NVP Product Expo in February as they’ve done the last couple of years.

I attended and exhibited at the Tucker Show and Parts Unlimited show in 2020 as well as the AIMExpo last fall. As much as I like going to Texas in January and Kentucky in February, rolling them all into one show seems like a great idea. I’d be curious to see if Parts Unlimited makes a move.
Finally, I’ve said before; our industry needs to gather together as a whole, at least once each year. The powersports industry is fun, and getting together once each year to discuss the challenges and successes is vitally essential for it to grow.

Here is the press release supplied by the MIC on behalf of the AIMExpo and Tucker Powersports.

On the heels of announcing a new time and new focus as a trade-only event, the American International Motorcycle Expo (AIMExpo) announces a partnership with Tucker Powersports, the country’s premier distributor and producer of products for motorsports enthusiasts. The eighth AIMExpo is scheduled for January 21-23, 2021 in Columbus OH.

One of the major cornerstones of the AIMExpo platform is to bring the industry together and create an event that allows the powersports industry to conduct its business efficiently while encouraging its growth through education, networking and professional development.

This partnership integrates Tucker’s annual Dealer Show, an expo and training event for powersports dealers, into AIMExpo, the nation’s premier trade show for the motorsports industry. The Tucker Show has hosted dealer attendees annually since 2008.

“Our dealers love the great connection they have with our suppliers and our brands, and now we’ll deliver that experience better than ever,” said Marc McAllister, president and CEO of Tucker Powersports. “Partnering with the Motorcycle Industry Council and AIMExpo allows us to do far more for dealers and suppliers than we could do on our own.”

Dealers who purchase products from Tucker are significant beneficiaries of the new partnership. Tucker dealers will enjoy a vast array of product training programs, a separate check-in experience, discounted hotel rooms, VIP activities and an exclusive lounge on the show floor.

An expanded list of Tucker suppliers will be invited to the show to exhibit products and host product and brand-specific dealer training during the event.

“As AIMExpo evolves and hones in its focus on dealers and the greater powersports industry, it’s imperative that we recognize iconic brands and develop key relationships that will help the industry as a whole,” said Cinnamon Kernes, vice president and general manager, MIC Events. “collaborating with Tucker in such a meaningful way further allows dealers and aftermarket brands an opportunity to connect in one place, at one time. The benefit of attending AIMExpo has been increased exponentially and we couldn’t be more excited to share this news.”

“The partnership with Tucker Powersports exemplifies one of the core values of AIMExpo – uniting our industry,” said Motorcycle Industry Council President and CEO Erik Pritchard. “The tremendous presence of Tucker dealers and Tucker suppliers in the exhibit hall and training rooms, along with the Tucker leadership team and representatives will help set the tone for the industry in 2021. Now more than ever it’s important that we share resources and come together to leverage the strengths of our collective businesses. This is a perfect example of the show’s theme, Together We Rise.”

Dealer registration for AIMExpo will begin in June 2020 at both the Tucker Powersports and the AIMExpo web sites. To participate as an exhibitor, reach out to us at info@aimexpousa.com